I have been searching for old photos of the Derry and Toms Rainbow Room from before the 1970’s and I cannot find anything.  I was expecting to turn up a few from the 30’s or 40’s but no luck.  It seems to have been in action for various banquets and occasions but there are no photos until the iconic Big Biba ones of the 70’s.  I mentioned before that we did not take any photos or even have cameras  around , everything had to be a big secret before the opening day. The work on the Rainbow room was well underway when we arrived at the roof garden, restoring the restaurant  was to be the most costly project of the whole store.  Modern kitchens and facilities had to be installed and the whole floor brought back to it’s 1930’s Art Deco splendour.
I remember we went down to have a look after the pink marble floor had been laid and the neon lighting in the ceiling was assembled. The furniture was not in yet and there was still a lot of cleaning to do but it was so beautiful, it looked like a ballroom on a liner ship. This made up for all the workers who used to come up from the restaurant and set up workshops hammering and sawing right next to me when we were working on the roof garden.

The Derry and Toms department store was designed and built by Barker’s in house architect Bernard George in 1932.  I found this charming illustration of the ground floor.

The ground floor at Derry and Toms, artist unknown 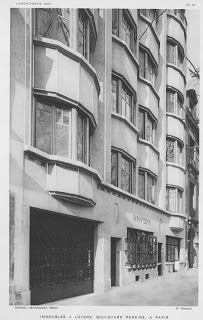 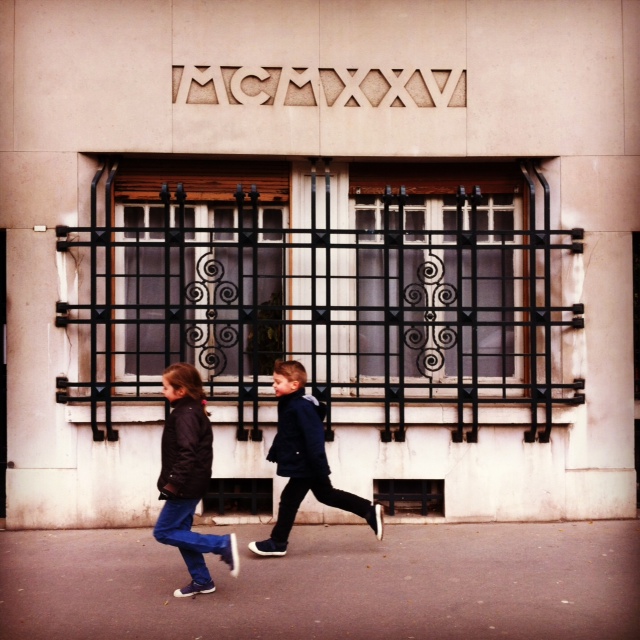 Marcel Hennequet’s Rainbow room restaurant was opened in 1933 and acclaimed as an Art Deco classic.  Steve Thomas and Tim Whitmore’s restoration in the 70’s  was perfect. The sweeping elliptical ceiling was fitted with concealed rainbow coloured neon lighting, the colour schemes were pinks, peaches and beiges, and there were peach coloured mirrors everywhere. These colours echoed through the furniture enhanced with black details, in the restaurant the tablecloths were peach and the china  wear was black. There is a photo of Twiggy in the Rainbow Room for Vogue  magazine I believe, she is wearing a black sequin long evening dress which I remember well, I think it was a stretchy pull on dress maybe the first ever tube dress.

Twiggy in the Rainbow Room

We had a free dinner at the restaurant just after it opened but before the New York Doll’s gig.  I ordered ‘crudite’  for starters not knowing what it was and received a huge plate of veggies including a whole cauliflower.  Food took on a whole new look on black plates and I remember thinking of all the white chips and cracks that would inevitably appear. The gold logo looked lovely though and the food was good, washed down with a lot of Biba house wine of course. 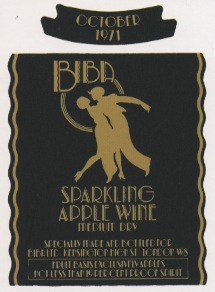 The Rainbow Room quickly became a popular venue for bands. Kilburn and the Highroads were becoming big in these pre punk days. Bill Halley was there, and The Ronettes. I missed out on Cockney Rebel which was a shame. There were lots of private parties too and a big Marilyn Monroe retrospective. There are some glimpses of the Rainbow Room on video and film I have gathered here, most are well known .

I had forgotten about Terry Gilliam’s film ‘Brazil’ from 1985. The trailer shows a very short scene in the Rainbow Room starting at about 2 mins 16 seconds. the Rainbow Room is transformed into ‘ The chapel of our lady of the checkout counter ‘. The ceiling , with white neon lighting is seen in all its glory for a few seconds.

David Bowie’s ‘ Blue Jean’  video was filmed by Julian Temple in the Rainbow Room in 1984.

Roxy Music’s ‘ Lets stick together ‘ was filmed there in 1976. They were very much the soundtrack to Biba.

finally an odd one , Suzi Quatro’s ‘Devil Gate Drive’ from 1974 featuring the Rainbow Room logo and some  Biba mannequin heads.

In 2005 the Rainbow Room, empty at the time became vulnerable because the roof of Derry and Toms had begun to fail after eighty years. Water was leaking profusely from the roof garden and threatening to destroy the Rainbow Room on the floor below.  The waterproof layer underneath the roof garden was disintegrating and had to be replaced. The whole garden including the trees had to be pulled up and the top of the building resurfaced. Then a new waterproof skin was laid and the garden successfully restored with the more invasive trees  and plants taken out and replaced , the  Rainbow Room was saved from a watery grave.  The Roof Garden is up for sale again apparently, if you have 200 million pounds to spare. If I bought it I would kick everyone off there and use the restaurant as a home and lock all the doors! 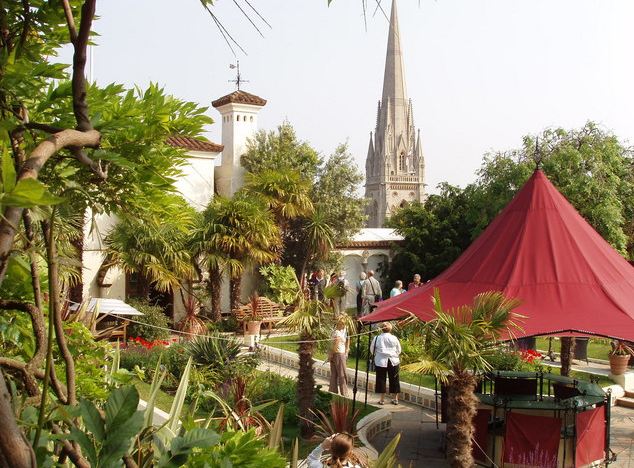 I had mixed feelings when I saw the Rainbow Room converted into an Equinox mega gym in 2012.  When I saw the slogan ‘It’s not fitness, it’s life’ I had a funny fleeting vision of a Biba girl rolling her eyes, stubbing out a ciggie and downing a glass of wine.  Now the Rainbow room is all whitewashed and looks like an Art Deco spaceship, but I must admit it looks o.k. it could have been a lot worse. Gyms are always big white boxes I use one myself,  not like this one though. It would have been awful if the Rainbow room details had been boxed in or worse so I think a good  job has been done keeping its integrity. It looks as if its waiting for its next transformation if that ever happens again. Here are a few photos of The Rainbow Room in its present form as the Equinox gym, I found a photo of the yoga room with the lovely Walter Gilbert Art Deco ironwork grills visible in the windows.  I wish I could look out on that in my gym. 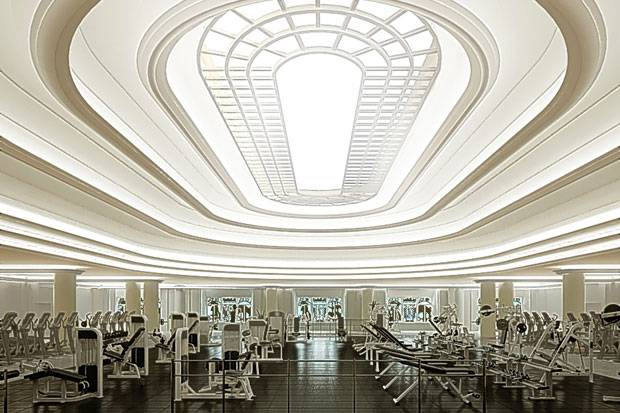 Elsewhere all the fragmented peach coloured mirrors and lovely swirling walls  and pillars are intact too. Those ladies will have to do a lot of running and spinning to be as thin as the Biba girls were.

my logo with kids, derived from original Rainbow Room logo.